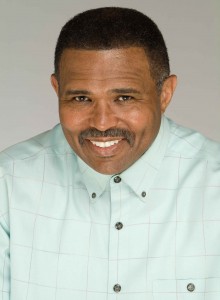 If desire is the strongest motivator, then Maxamillion A.J. Wells III, is rapidly becoming The Quintessential Barber / Stylist in his pursuit of excellence.

He has been a barber for the past 20 years and is the owner of Maxamillion’s Gentlemen’s Quarters Barber Parlor located in Center City Philadelphia, Pennsylvania.

Maxamillion has attended the crème de la crème of beauty, Barber’s schools, seminars and workshops. The list reads like a who’s who of the best educators in the country.

Maxamillion has been employed by the following salons prior to opening Maxamillion’s Gentlemen’s Quarters in 1998.

Maxamillion, Entrepreneur, Master Barber, Barber Teacher, Cosmetology Manager, Educator, Motivator / Encourager, Mentor/Disciple and most recently television personality, is one of Philadelphia’s finest and his peers respect the man as well as his technical skills.  In 2005, he was featured in a PBS documentary on WHYY-TV 12, which explored the cultural phenomenon of Black Barbershops.  The documentary was called “Barbershops: PA Stylin”.  In 2011 he was also featured in a Shop Talk Documentary inspired by the tragedy of 9/11 called In Search of God and Religion.

He is very passionate and enthusiastic about his craft and is always willing to help educate, motivate, encourage, edify and build up others. He has a commitment to give back to the community. He was a Big Brother with the Big Brothers and Big Sisters Program, which matches a child of an incarcerated or deceased parent. He has participated in the Federal Detention Centers Annual Mock Job Fair which interviews inmates for employment opportunities before they are released and has hired parolees and other federal parolees from other states.  Through the partnership he has with The Kintock Group, he has hired many ex-offfenders as barbers and helped them to become productive members of society.

His skills, talents and charisma has made Maxamillion’s Gentlemen’s Quarters Barber Parlor a business that not only caters to “The Gentlemen” but also to “The Lady”.  His establishment is warm, encouraging and inviting and located not far from the Rittenhouse Square District, which makes it the location ideal for the working person and is very accessible and accommodating.

Maxamillion also does consultation for barber/salons for management & professional etiquette.  He also instructs on the financial aspects of the salon business to help salon professionals maximize their profit margins as well as focus on the importance of being debt free and maintaining a credit score of at least 720 as being an important aspect of true fiscal fitness.